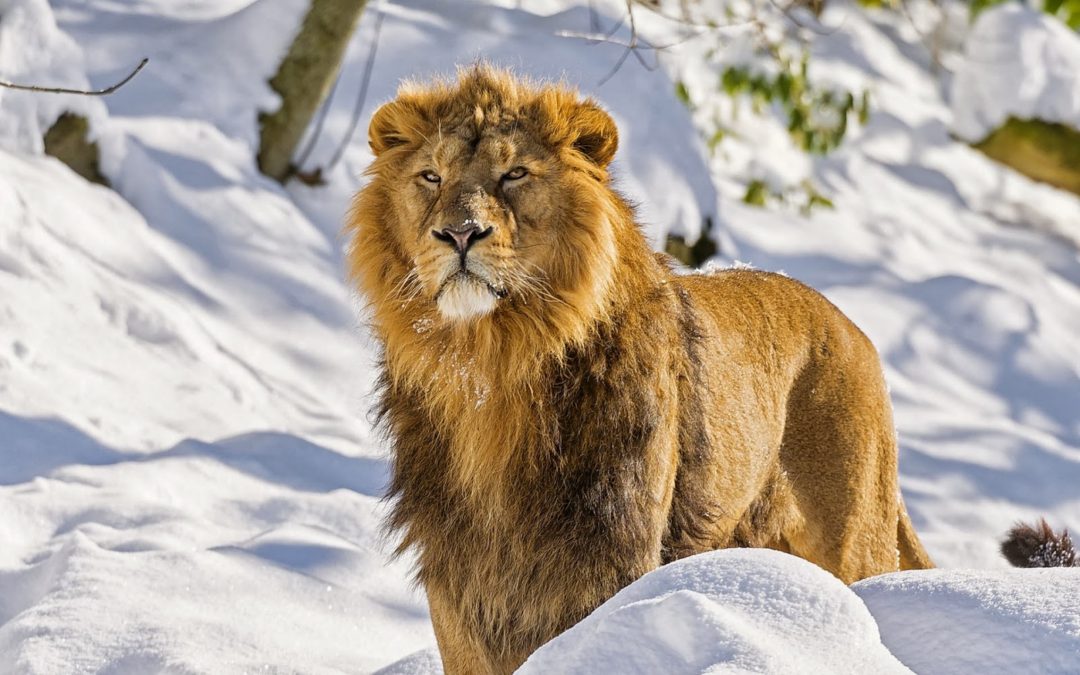 One of my favorite stories from the Bible is about this guy named Benaiah. It is likely you have never heard of him. That is what makes his story so incredible. Buried in 2 Samuel 23 are a couple of verses that tell one of the craziest stories I have ever read. Check it out:

“There was also Benaiah son of Jehoiada, a valiant warrier from Kabzeel. He did many heroic deeds, which included killing two champions of Moab. Another time, on a snowy day, he chased a lion down into a pit and killed it. Once, armed only with a club, he killed a great Egyptian warrior who was armed with a spear. Benaiah wrenched the spear from the Egyptian’s hand and killed him with it.” - 2 Samuel 23:20-21

Did you catch it? There are basically three moments recorded in those two verses. In two of them he is fighting against mighty warriors. It doesn’t say, but I imagine those fights were similar to David and Goliath. Benaiah might have been outnumbered or even outsized. But he was faced with a giant and he found the strength to take them down. God delivered him and protected him. Ok, cool. But it is the story stuck in the middle that is crazy to me. It says that one time, on a snowy day, Benaiah CHASED a lion down into a pit and killed it. Who does that? He didn’t wait for the fight to come to him. He didn’t sneak through the woods and hope the lion wouldn’t notice him. He saw the lion, and chased it down.

There have been so many times in my life where I was too afraid of what might happen if I chased down the lion. One of those giants for me is approval. What will people think? How are they going to respond based on my actions? For so much of my life, I was consumed with anxiety and worry over the acceptance of the people in my life. My parents, friends, professors, they all held power over me and the choices I made. Will I disappoint them? Will they be proud of me? The questioned never ended. I would literally lay in bed at night playing all of these scenarios out in my mind. Like a giant game of chess. If I make this decision, what is the fall out? If I move here, what are the counter moves? If I am being completely honest, it was paralyzing. If I am not careful, it still can be. But there is a better way.

“Obviously, I’m not trying to win the approval of people, but of God. If pleasing people were my goal, I would not be Christ’s servant.” - Galatians 1:10

That is a strong statement from Paul. But he knew something so important. Who we are, what we do, the decisions we make, it can’t be about trying to win the approval of the people around you. We can’t serve two masters (Matt. 6:24). Either our life is about the approval of people, or it is about who God has called us to be. It can’t be both. But see, this is where it gets a little tricky. When we make decisions with the focus on who God is calling us to be, it may be met with approval from the people around us. So it feels like the best of both worlds. We can accomplish both, right? That may work today. But if my focus shifts from who God has called me to be to the consistent approval of the people in my life, I am missing the point.

“Twenty years from now you will be more disappointed by the things you didn’t do than by the ones you did do. So throw off the bowlines. Sail away from the safe harbor. Catch the trade winds in your sails. Explore. Dream. Discover.”

Ok, so back to Benaiah. He is in the woods, he sees the lion. You know he had to be thinking, what would my mom want me to do? I mean, when he left the house that morning, he probably wasn’t planning on being lunch meat. His mom, or wife, or even his buddies probably yelled at him on the way out the door, “Be safe.” So naturally, there had to be a little bit of pause in his step. But that didn’t stop Benaiah. He knew exactly what he needed to do. He chased that lion down and killed it.

Today you have a choice. You can keep sneaking around in the woods and hope the lion doesn’t see you. You can keep letting your life be decided by the people you are seeking approval from. Or you can chase the lion. You choose.

“Quit living as if the purpose of life is to arrive safely at death. Set God-sized goals. Pursue God-ordained passions. Go after a dream that is destined to fail without divine intervention. Keep asking questions. Keep making mistakes. Keep seeking God. Stop pointing out problems and become part of the solution. Stop repeating the past and start creating the future. Stop playing it safe and start taking risks. Expand your horizons. Accumulate experiences. Enjoy the journey. Find every excuse you can to celebrate everything you can. Live like today is the first day and last day of your life. Don’t let what’s wrong with you keep you from worshiping what’s right with God. Burn sinful bridges. Blaze a new trail. Criticize by creating. Worry less about what people think and more about what God thinks. Don’t try to be who you’re not. Be yourself. Laugh at yourself. Quit holding out. Quit holding back. Quit running away. Chase the lion.” - The Lion Chaser Manifesto by Mark Batterson